Slaves were a highly sought after commodity in the new Spanish colony of New Mexico. The first slaves that tilled the farms of the Spanish farmers were Puebloans, Apaches, Navahos, Pawnees, Kiowas and Comanches. It is estimated that at the time of the Great Walk of the Navahos to Bosque Redondo in 1865-68, half the nation had been enslaved already. From these before mentioned people developed a social class called Genizaros, that today comprise about one third of the population in New Mexico. They were the offspring of women and children that although being registered as servants, were in actuality either indentured or too poor to have much say about their destiny. Often their only escape was to settle towns and villages on the frontier of the Spanish settlements. There they served as a militia and buffer against raids by neighbouring tribes, a dangerous job indeed.

The Spanish colonial system was highly classified. Rights and privileges in society depended on the amount of Spanish blood and upbringing entailed in every individual. In New Mexico the captured slaves from the neighbouring Native American tribes were classified into the low status category genizaro, named after the legendary yeniçeri who were abducted boys from the Balkans who had been brought up and trained as elite soldiers for the Turkish Ottoman Empire. As their namesakes they found themselves thrust into the role of militia guard settling in dangerous places to protect the more esteemed Spanish elite in Santa Fé and elsewhere. As the Genizaros were pure-blooded they retained that name but their offspring fell into various other categories, depending on whom they married. Mestizos were the individuals that were the offspring of a Native American and European couple, coyotes were the ones descended from a mestizo and Native American.

The Genizaro identity today is elusive and accurate figures are almost impossible to come by as they are not enumerated separately. They do not officially identify as Native Americans as they cannot name an established tribe that they belong to. Although they speak Spanish as their first language and Spanish identity has most often been used to identify them as a group, that identity is fast loosing any meaning as cultural and historical awareness is spreading among them in New Mexico, Arizona and Colorado. A strong hint to their numbers can however be seen by the ‘other race’ category that the US Census Bureau uses. The map above shows their location in New Mexico, Arizona and Colorado. 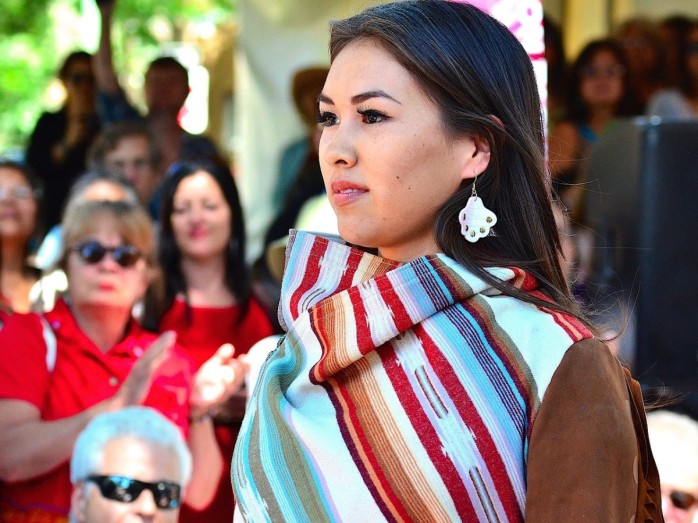 Today, they comprise much of the population of the South Valley of Albuquerque, and significant portions of the population of Northern New Mexico and Southern Colorado, including Espaniola, Abiquiu, Taos, Santa Fe, and Las Vegas in Eastern New Mexico and several communities in Southern Colorado. Other settlements include Belén, Tomé, Valencia, Carnué, Los Lentes, Socorro, and San Miguel del Vado. Genízaros also lived in Atrisco, Santa Fe and Chimayó. Some of the Genizaro villages comprise the descendants of Hispanicized Puebloans, like the ancient Tewa-speaking village Abiquiu. Southwest of Las Vegas can be found the mixed descendants of Comanches and Towa people from Pecos and in and around Espaniola and Taos the descendants of Nahua people from Tlaxcala in central Mexico who came as part of the Spanish invasion force in the 16th century. Numbering about 700.000 or third of the population of New Mexico, they are a force to be reckoned with if they become united as a political force. For some of the Genizaros it is enough to just be a mixed Native American, like the Métis in Canada. For others however, the search for roots and identity with one of the neighbouring tribes is a continuing process.

As a backlash against this Native American Genizaro awakening is the movement in New Mexico among those adhering to a Spanish ancestry and identity, to celebrate and put in a positive light Spanish colonial events. To them conquistadors, governors and priests are their local heroes. Atrocities, enslavement, massacres and the ethnic cleansing of preceding ages is ignored or rebranded with a glorified wording of past events. This is a battle for souls where the Spanish camp enjoys the support of the Catholic Church, a traditional supporter of conservative causes. The tension that has always existed between Spanish colonials and Native Americans has become a lot more complex.