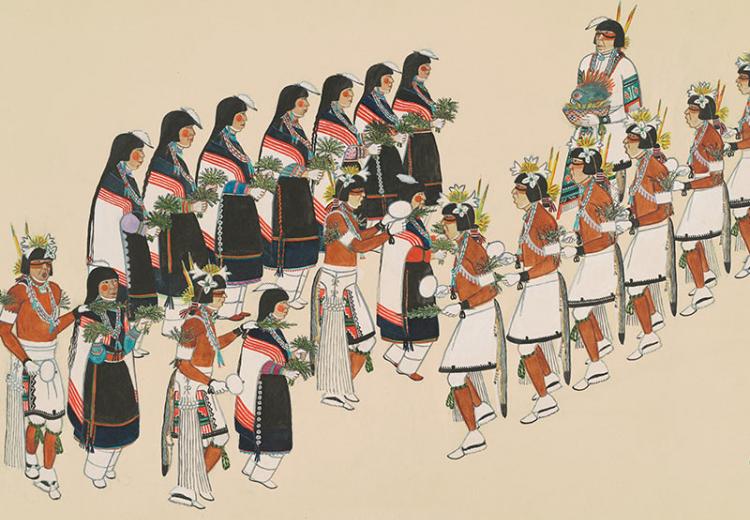 Traditionally, Hopituh are organized into matrilineal clans. When a man marries, the children from the relationship are members of his wife’s clan. These clan organizations extend across all villages. Children are named by the women of the father’s clan.

The origins of Hopituh clans show that they came from different directions. It seems that most came from the south, from the Salado, Sinagua and Hohokam cultural area which seem to have been the original Hopituh-speakers of the Uto-Aztecan language family. An important influx came from the north and northeast from the Anasazi cultural area. Most of them spoke the Keresan language which is a language isolate. A few however were Tewa-speakers of the Tanoan language family. Tracing their exact origins is difficult and shrouded in mystery. Archaeology, folklore and other sources have however shed some light on this issue.

Some of the phratries and clans have a related clan among the Diné (Navahos), especially the ones of Keresan-ancestry. Probably the main difference lies in the language their descendants speak today. Be it Diné, Hopi or English, their common ancestry is reflected in the clan history, structure and function. The phratries and/or clans that can also be found among the Diné are marked with a *.

Hopituh had several phratries, each of which had one to fifteen clans.