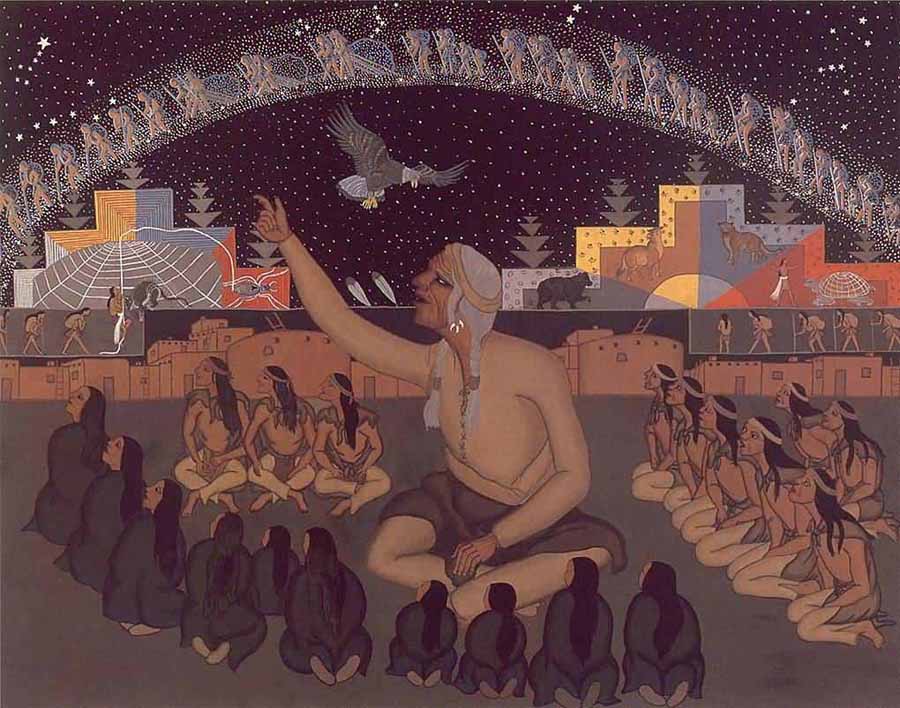 The Hopituh are made up of refugees from different directions and ethnic and cultural ancestry in the late 1600s. The largest group seems to have been Uto-Aztecan-speakers from the Sinaguan, Salado and Hohokam cultures. Together they formed a new distinct group that spoke the Hopituh language.

Into this group came later Keresan-speaking clans from the Kayenta (Tusayan) Anasazi, along with San Juan and Mesa Verde Anasazis that seem to have been Keresan-speaking as well. Not all members of these clans migrated. Some stayed and formed their own clan, keeping their old name and function within a new cultural group, adopting a language of a migrating and populous group of a hunting and gathering Athabascan-speaking people from the north, later known as the Diné or Navaho.

Other clans may have come from the direction of the Zuni that speak a language isolate. Whether these clans were originally Zuni or from further east from the Rio Grande is not entirely clear. The most probable explanation is that some of the clans that are said to have come from the Zuni villages had just stayed there a little while on their wanderings westwards.

Still later came Tewa-speaking clans fleeing Spanish retribution in 1692 after the Pueblo Revolt twelve years earlier. These settled the Hano village as well as in other settlements.

Hopituh villages in the 21st century. It is important to note that apart from the still Tewa-speaking village of Hano, all the other Hopituh villages regard themselves as ethnic Hopituh. Ethnicity is a fluid concept that in this case favours the Hopituh identity and downplays notions of Keresan or Tewa ancestries from a distant past.