7. Empowering the Oppressed – The Mayas

El Salvador lies on the Pacific coast and is the smallest of the Central American countries. Most of the country rests on a fertile volcanic plateau. The development of coffee estates led to the slow but continuous dissolution of most of the communal lands of Native villages.

The main Native American ethnic groups before the Spanish disaster that began in 1524, were the Lenca in the eastern half and the Nahua-speaking Pipil in Cuzcatlan state in the western half. The Achi Mayans occupied an area in the southwest of the country. The Poqomam Maya inhabited a small corner in the northwest of the country, although they had once been more numerous before volcanic eruption at Ilopango super volcano laid waste to their lands. Their cities flourished in the Pre-Columbian period with a substantial Toltec, Olmec and Maya influences.

As in other parts of Latin America which the Spanish conquered, systematic stealing of land and resources have left the indigenous inhabitants destitute. Cities, villages and communities were brutally broken up. The inhabitants enslaved to work in inhumane conditions. The abandonment of Indian language and customs was hastened by political repression; most natives stopped wearing traditional dress, abandoned their traditional languages and identity, and adopted ladino customs. The latest brutal campaign to eradicate Indians in the country occurred in January 1932. More than 50,000 Indians, men, women and children, were mercilessly killed in an ethnic cleansing by the military. The consequences were devastating for the Native American population. The Indians of El Salvador went underground, for decades denying their existence to the outside world and hiding their identity. For the majority mestizos an atmosphere of hostility had been created towards the Indians. This kept the Indians invisible in society. The Salvadorian Civil War from 1979-1992, from which the country has barely healed, did little to redress the status of the indigenous population. They are still the poorest of the poor in poor El Salvador. Their culture mostly gone after decades of persecution. Yet they endure.

But they endure with a very negative self image, an image perpetuated by themselves, the mestizos and the elite criollos. The word Indian has even come to represent all that is negative in society. Their self loathing thus helps to keep the Indians suppressed, disorganized, voiceless and invisible. Indians in El Salvador can only be defined as a historically conditioned socioeconomic category made up of descendants of the first peoples in America, who by means of the Spanish conquest were reduced to conditions of acute exploitation, misery, oppression and social injustice, conditions that, in essence, are maintained in their descendants. Indeed, it may be argued that the Salvadorian Indians’ collective identity as victims of injustice and crushing exploitation is the main ingredient that holds them together as an ethnic group. Although attitudes have eased somewhat in recent years regarding the Indians, it is mostly directed towards archaeology. 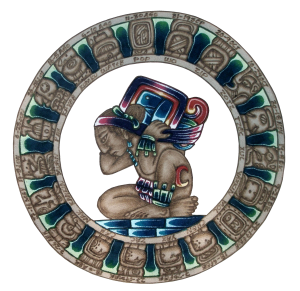 For the ruling elite it is much easier to contend with a relatively docile mestizo population stripped of their own identity and eager to embrace the ruler’s culture, than with more independent-minded Native American population who have their own culture, values and identity that set them apart from the system of domination. That system is geared towards exploiting the riches of the country to benefit the criollo elite. The resulting tremendous imbalance in the distribution of wealth, creates little loyalty and belief in the righteousness of the state. Insecurity, violence and opportunistic crime becomes the norm. This is exactly the case in El Salvador were criminal gangs are on the verge of overwhelming the country. The Salvadorian MS13 is one of the most notorious and bloody criminal gangs in world history. They operate in El Salvador, Honduras, Guatemala, Mexico and in the main market for the drugs, the USA.

Present census figures show an astonishingly low 0.3% of people in El Salvador as being Indian. This category applies only to people wearing distinctive Indian clothing in public. The mestizos, the most populous class, are 86% and the white criollo class, mostly Spanish-descendants, are 13%. These official numbers tell a story of the centuries old extermination policies of Native American identity. According to genetic studies the ancestry for Salvadorians is 95% Native American in the female line and 4% from Europe. There is however more mixture in the male line as 59% are European descended and 39% Native American. This varies between regions with Native American genes dominating overall in Panchimalco (91%), San Alejo (61%) and Conchagua (65%), while European ancestry is more prevalent in Izalco (59%) and Nueva Concepcion (44%). Overall the population of El Salvador has more DNA from their Native American ancestors, or about 63%, compared to 37% from Europe.

Here we have two different sources. One is more social and political in character while the other interprets our DNA. The greatest part of the mestizos has a very substantial Indian ancestry. Any number of them could alter their identity in the future. As ethnic identity is a fluid construct based on power relations, the census numbers could change if the country stabilizes and becomes more peaceful and free. As the Indians say about the mestizos, they are “people who are somewhat white.” Thus, as Indians gain more power and pride with renewed interest in native culture and values, the mestizos could very possibly rediscover their ancestral roots.

According to a special report in El Diario de Hoy, the number of Nahua-speakers rose from 200 in the 1980s to 3,000 speakers in 2009. This is due to preservation and revitalization efforts of various non-profit organizations in conjunction with several universities, combined with a post-civil war resurgence of Nahua-speaking Pipil identity. The vast majority are young people, giving the language hope of being pulled from the brink of extinction.

There is also a renewed interest in the preservation of the traditional beliefs and other cultural practices of the Pipil, as well as a greater willingness by the communities to perform their ceremonies in public and don traditional clothing.