Cuba Libre! Being Stuck in a Timeloop 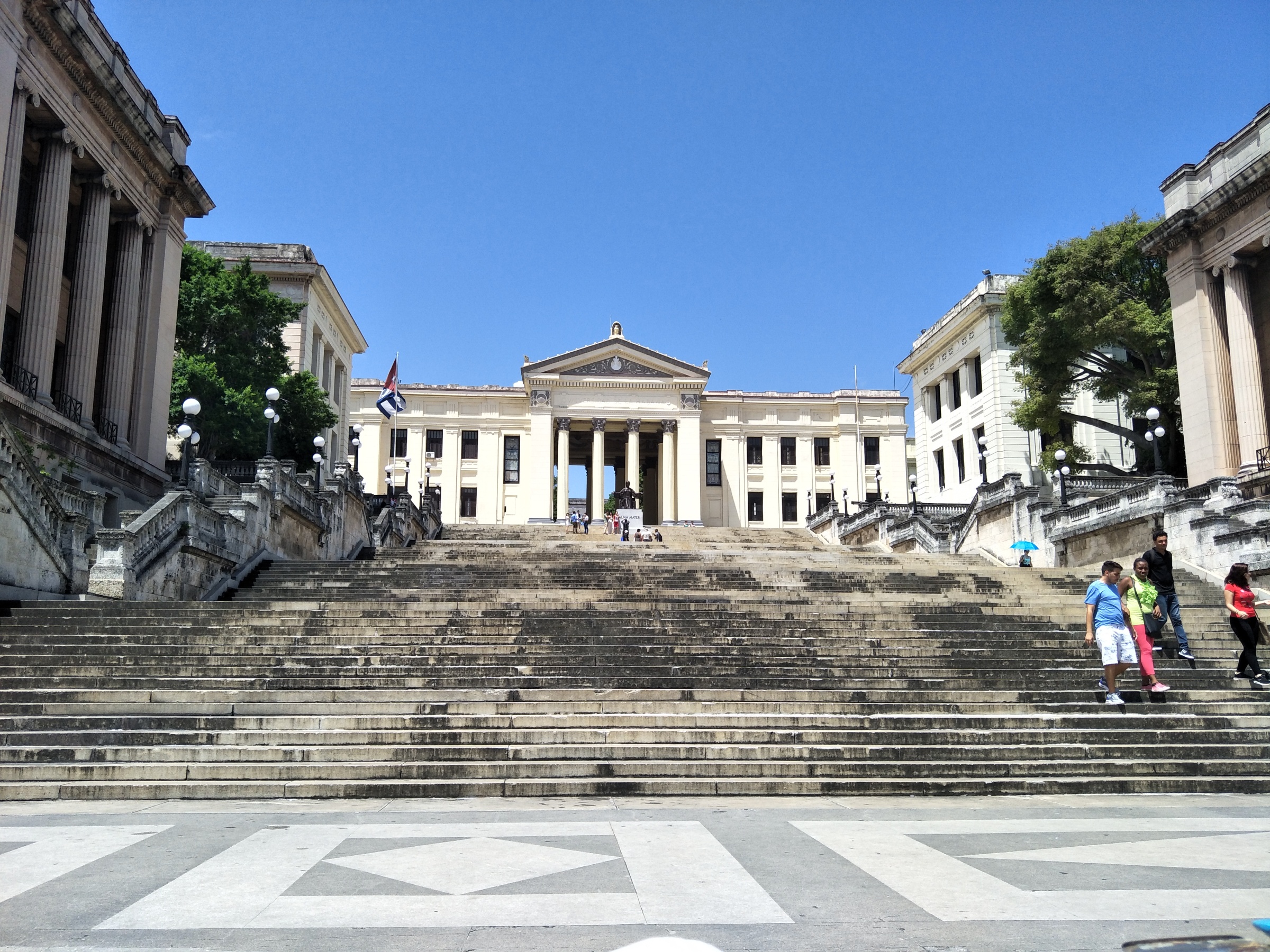 Went to Cuba for a couple of days. An interesting experience to say the least. Met both kindness and rudeness from the locals. Cuba has often been described as the great socialist experiment, especially by those not living the day-to-day life there. But, as with everything related to -isms, the common sense takes the back seat. Instead of relying on Cuban individual ingenuity to solve the common problems ordinary people are facing in Cuba, the government instead strictly prohibits such actions in favour of a centralized bureaucratic apparatus that controls peoples lives from their birth until their death. When flying out from the Havana International Airport, I counted from my side of the plain at least ten airplane wreckages along with other planes clearly meant for spare parts. Such is the testimony of over-centralization were you have one party of conservative old men that do not allow any criticism. 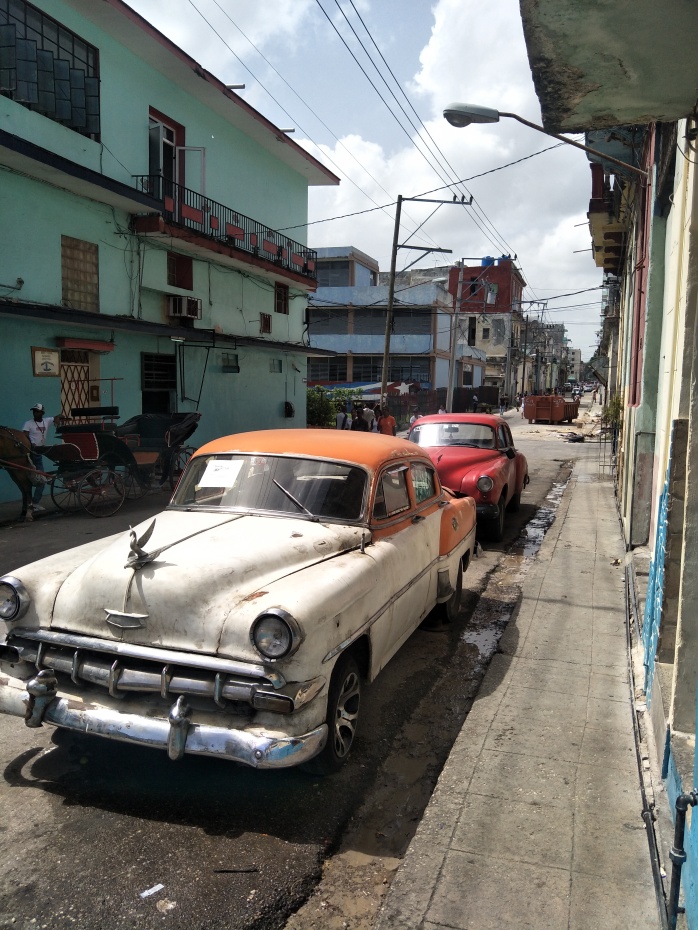 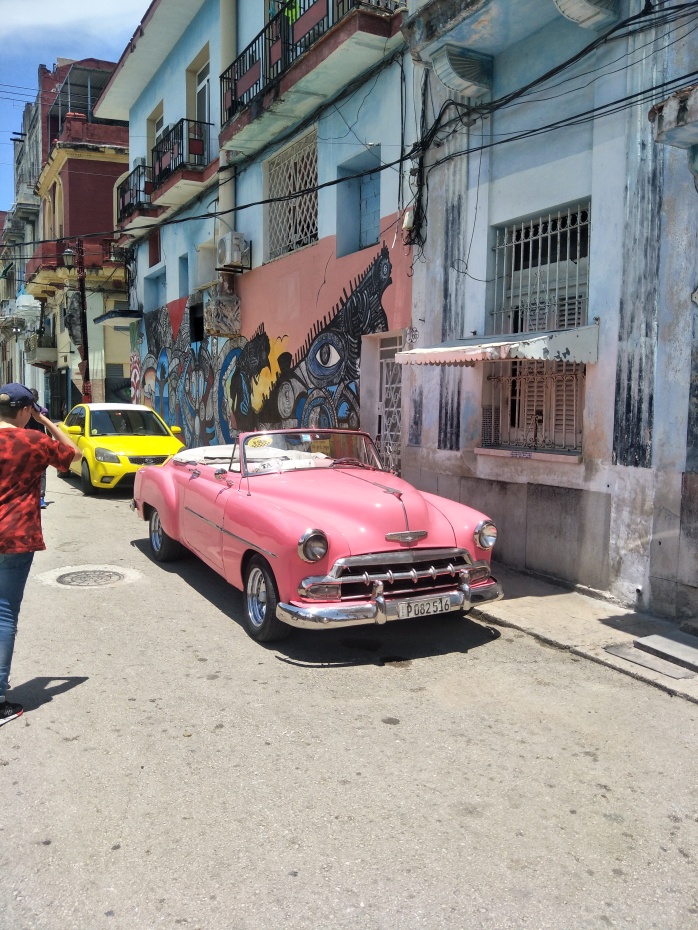 It’s quite obvious that two forces have shaped the destiny of Cuba from the 1950s onward. With the overthrow in January 1959 of the corrupt US-backed regime that ruled Cuba since the US invasion in the Spanish-American War in 1898, socialist revolutionaries under the leadership of Fidel Castro took over the reigns of this once rich country. The new socialist government nationalized among other things hotels and businesses in Cuba that were owned by the Sicilian Mafia in the US. The US government got angry with loosing control of the island, and put in place economic sanctions that have crippled the Cuban economy ever since. To make matters worse the government of Fidel Castro nationalised even further businesses in the island and strengthened centralization of everything in society, especially the economic sector, in a bid to hold on to power. This put a tremendous strain on the Cuban economy that was even more damaged by financing and in some cases directly operating revolutionary ventures in Africa and elsewhere. 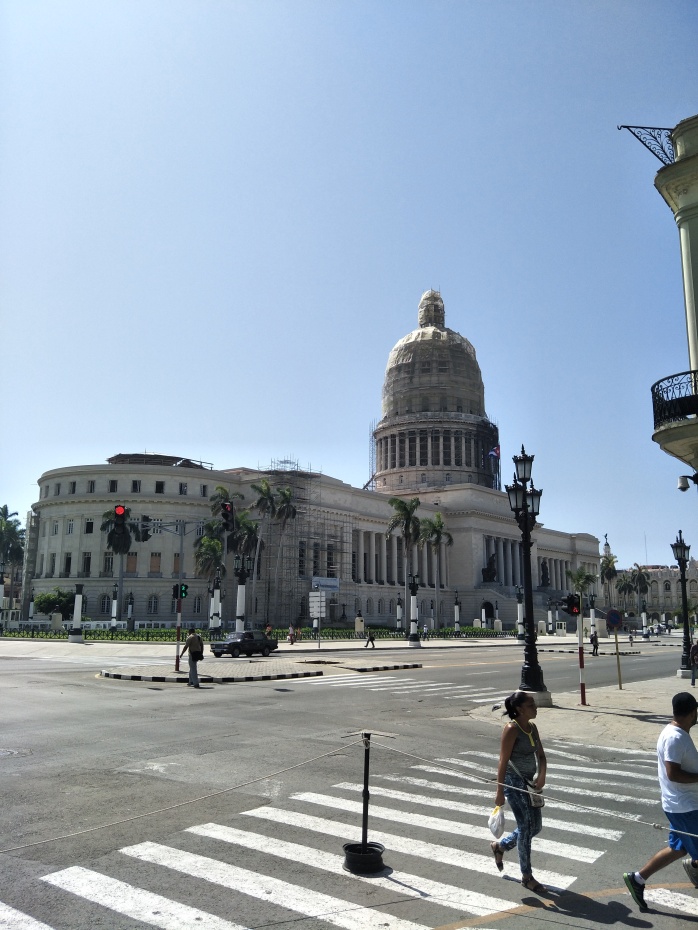 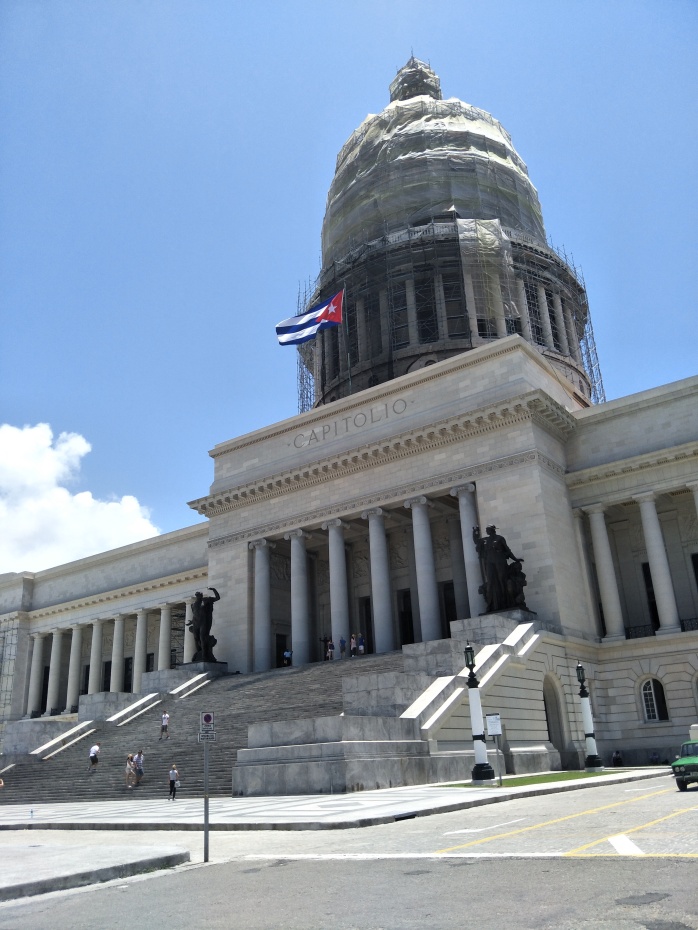 The result is quite obvious in Cuba today. Almost nothing has been built in Cuba since the 1950s. Dilapitaded houses, vintage cars from the 1950s, labour market that pays wages from lowest $15 to highest $40 a month, a crumbling infrastructure. The government controls every economic venture on the island, hires people and decides where they can live. The vintage cars are intermixed with Lada-cars of various ages, a symbol of the cooperation between the former Soviet Union, now Russia and the Cuban socialist government when few countries dared break the economic embargo that the US government has in place on Cuba. 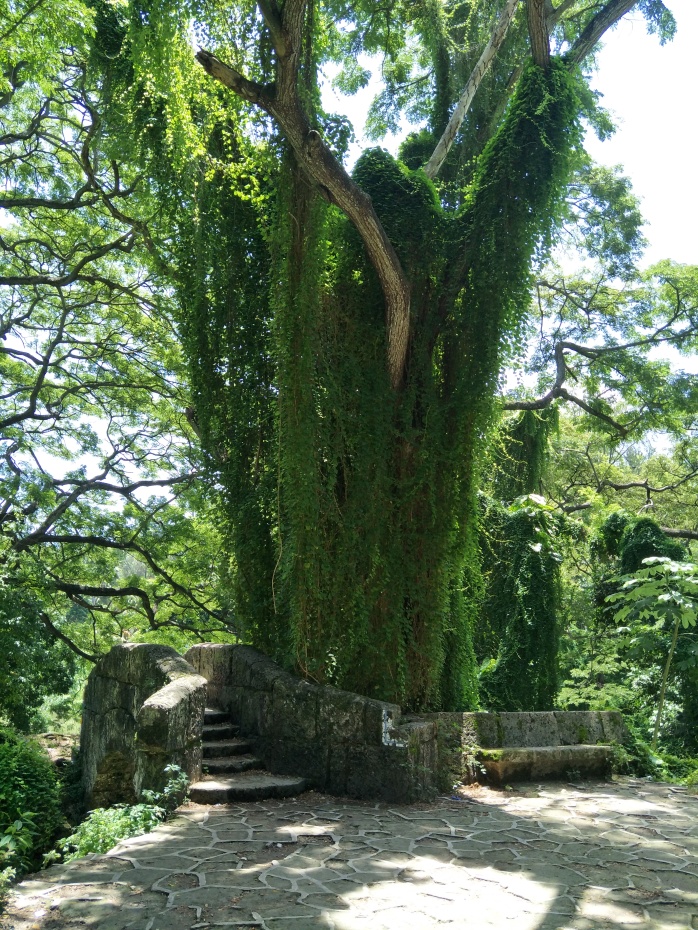 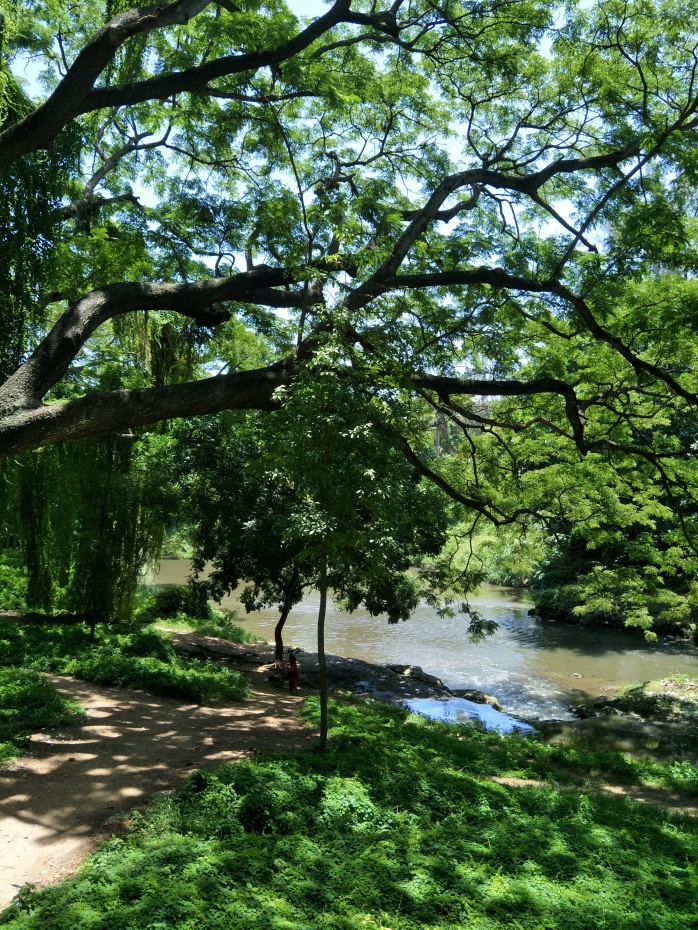 Everyone in Cuba tries to earn some extra buck in the black economic sector, especially from the tourist business. Western tourists often report devious scams when locals try to swindle money away from unexpecting foreigners. Rude and unfriendly behaviour towards foreigners is quite common, from ordinary hotel staff to customs officials especially. If you are lucky as I was friendly and warm Cubans are also plentiful on the island. 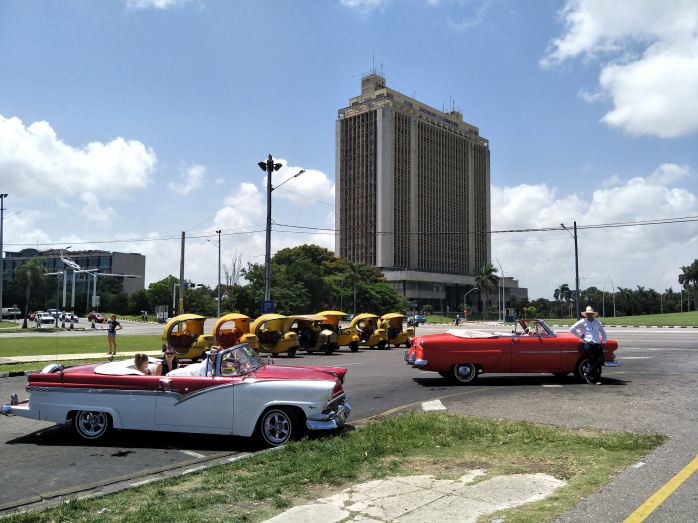 Driving around Havana one is impressed with the beauty that once was Havana, in the 1950s. The whole city center could easily be declared a UNESCO World Heritage Site. But, with a heavy heart I saw several crumbled buildings and others becoming so in coming months and years. Very few were restored, mostly around the parliament building in the city center. The old Havana as it is called belongs not only to Cubans but also to the whole world. It is therefore a crime to human cultural history to let these beautiful buildings crumble. 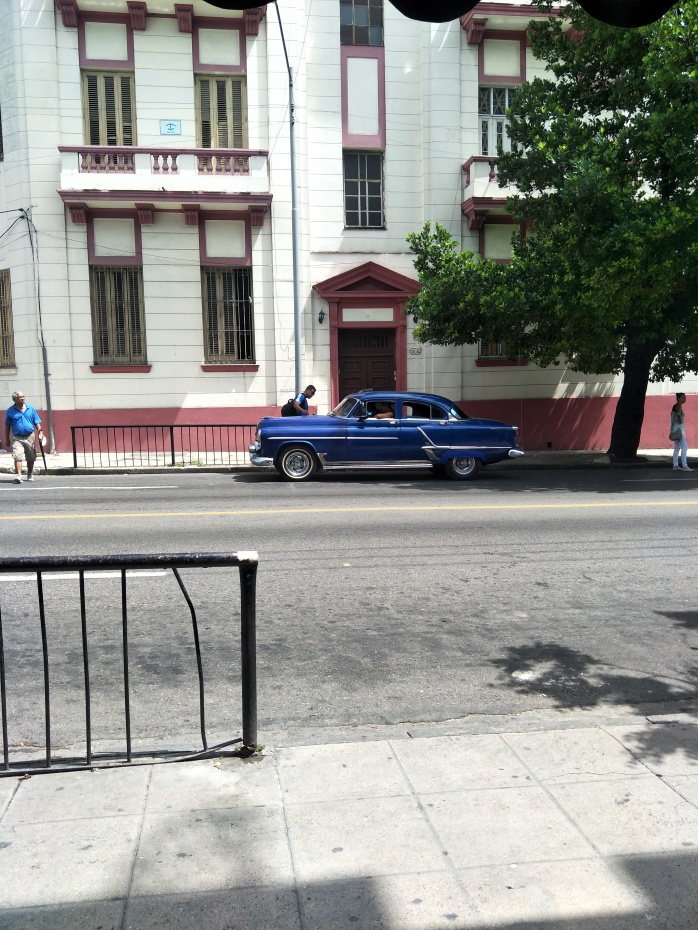 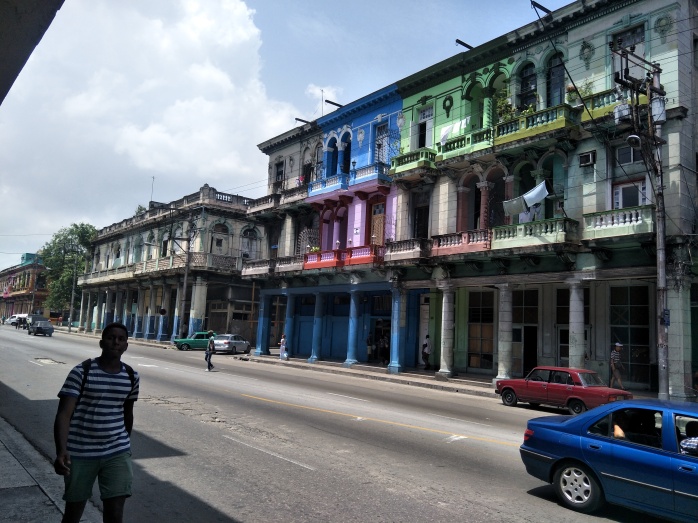 The fault of all this belongs squarely to both the US and the Cuban governments. Stubborn old men on both sides are fighting it out over some ideology. The Cuban people are the main victims in all this. Friendliness and some basic common sense would have solved this long ago. Instead you have people isolated from much of the rest of the world who seem to be stuck in some groundhog-day scenario culturally speaking. The music scene especially seems to be stuck in the spirit of the 1950s.

And talking about the Cuban people, with the revolution everyone became equal regardless of race or skin colour. The African heritage is celebrated in Cuba but most black Cubans came as slaves to the island to work on sugar plantations. A fair number of Afro-Cubans still identify their origins with ethnic groups from West-Africa like the Yorubas, Akans, Ararás, etc. According to a 2002 national sensus 1.1 million Cubans identify as being Afro. The most forgotten origin group however are Native Americans, mostly of Taino and Ciboney ethnic origin. It is very common to see Native American features in the Cuban population. Some estimates have put the Native American contribution as high as 30-40% of the Cuban population. This is especially so in the eastern part of the country while the western and middle is heavily settled with people of European and African ancestry. Centuries old repression has however brought forth the myth that the Native American people died out of epidemic diseases and slavery. Therefore because of this view most of those of clearly Native American heritage identify as white. But this is changing, especially after the collapse of the USSR in the 1990s when renewed hardships gave people on the island a new perspective on life.

It is time for things to change in Cuba. The economy is bankrupt, so much is obvious. The old selfish conservative men and women in both camps need to move away and let the Cuban people themselves decide their own future.

← Mayans in the Modern World: People With a Celebrated History Downtrodden in the Present
Bítlalag slær í gegn á frumbyggjamáli →