Thousands upon thousands of British people have been during the past decade flocking like migratory birds to the Costa Blanca area in Spain. High property prices in Britain and a strong pound has contributed to that along with favourable weather in sunny Spain. The Brits are now the most populous foreign born nationality in Costa Blanca today. Their coming along with hundreds of Scandinavians, Dutch and Germans has been welcomed by Spanish locals who have benefited from the economic boom in property construction and the service sector. Who wouldn’t be happy about that? 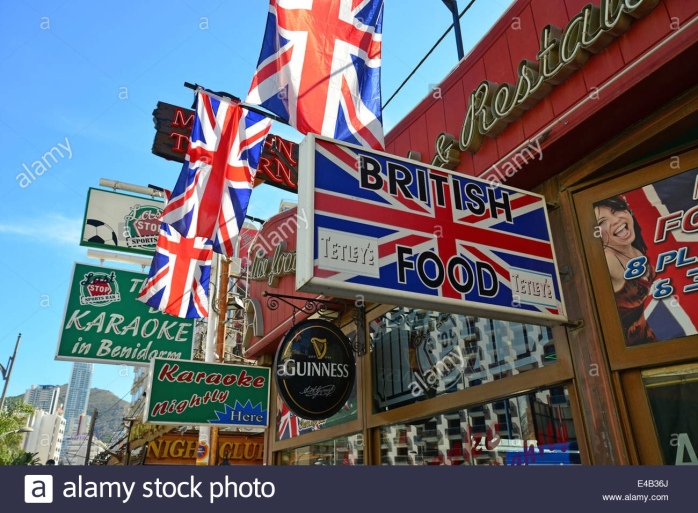 But with the Brits has come a rather sad lifestyle for too many of them. For the middle aged and older ones, that make up the majority of British expats, who spend their days by going to some karaoki bar to drink themselves stupid while listening to some wannabe singer on wobbly legs choke the cat on stage. The next day they do basically the same and the days after that. Like some endless cycle of repeating, like in the classic movie Groundhog Day.

The younger generation of Brits come mostly as tourists on holidays. In their homecountry they have been schooled in a certain type of lifestyle from the older generation. They binge drink and with a rowdy and rude behaviour have earned the sad reputation of having become the most unpopular tourists in Spain. Same can be said to be true of many other European countries that are frequently visited by British tourists. It only takes a large enough group of inbred low-class hillbillies to damage the reputation of a whole country. 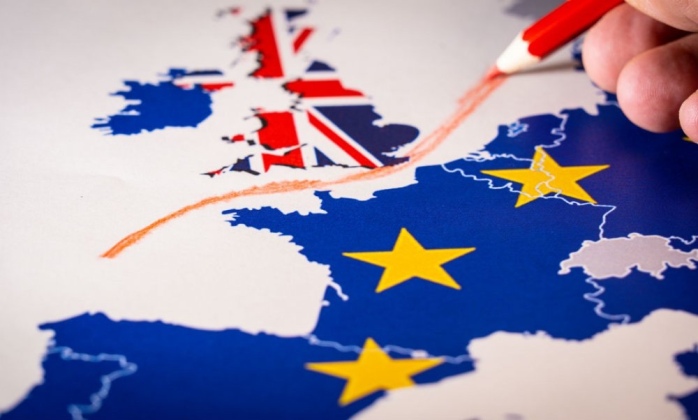 In many countries in Europe restrictions have been put in place to reign in the Brits. With open borders it is however difficult to bar one nationality from entering another country. The only thing that could do that is the invitable outcome of Brexit. How stupid can one country become to go through that whole debacle that is Brexit? The sad state of affairs in for-the-time-being the United Kingdom has been a sobering and tragic tale of the effects of scare mongering, ethnocentric nonsense and outright lies by some elite right-wing foolish men and women that led the Brexit campaign. Like-minded people in other European countries have learned from watching the horrors of Brexit. Gone completely is the demand for similar voting. Even their criticism of the European Union (EU) has been toned down. Now they only talk about reforming the EU from within. They realize that the public in their countries is not in the mood for ending up in the same foul pit as the Brits.

Don’t get me wrong, I have myself on many occasions met fine and upstanding British people on my travels around the world. The Brits have contributed greatly to the world culture. Music (Rolling Stones , David Bowie, The Clash, Pixies, Cure, etc), humour (Mr. Bean, Monty Python, Little Britain, etc.) and in other arenas, British culture has been extremely influential all around the world. But it seems the river has run dry lately. What comes out of Britain nowadays can hardly be recommended. It even looks like the UK is doomed as a country. After Brexit Scots are determined to go their own way, declare independence and eventually seek membership in the EU. Northern Ireland could go the same way and ultimately unite with Ireland, finally.

It is becoming very clear that the United Kingdom is in crisis. The future is bleak indeed, Brexit is looming around the corner, Scotland and Northern Ireland likely splitting off, the economy is like watching a slow-motion car crash to put it mildly. The United Kingdom will soon be no more. The British have indeed little to look forward to. No wonder they are drinking themselves stupid at every oppurtunity. Perhaps next post will be written in German. I must update my language skills in that language. And also Spanish and French. Just saying.

← The Mashpee Wampanoag and the broader question of a genuine home rule for Native Americans
Magyarok (Magyar, Hungarians) →