Navajo Nation now has one of the highest COVID rates in the world: May 3 update 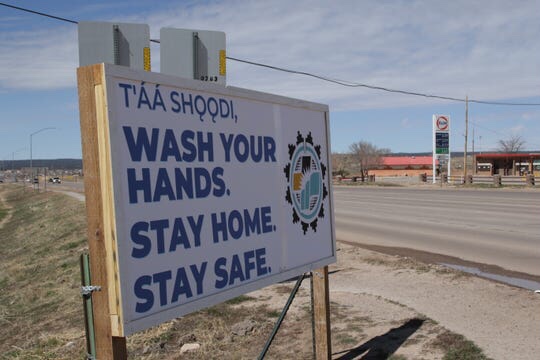 I find it necessary to press the issue and reblog this post. This is a matter of life and death. The cruelty and neglect shown by the present administration in Washington DC is unbelievable.

Memories of the People

COVID-19 cases in Navajo Nation continue to rise at high rates across in all regions. Both confirmed cases and deaths grew on average 6% per day over the last week, implying doubling of cases and deaths every 12 days. 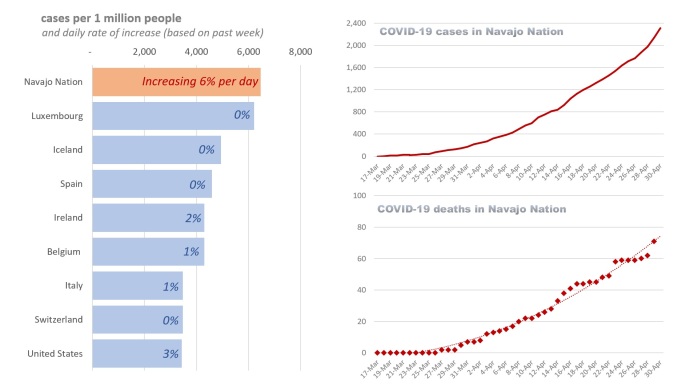 Given the population of Navajo Nation is 357,000, the rate of infection is now over 6,000 per million, which exceeds all nations in the world except for the small city states of San Marino, Andorra, and the Vatican. In the United States, New York and states near New York City, as well as the District of Columbia, have higher rates. New York’s infection rate is over 16,000 per million.  The rate of growth in all those other nations and states is zero to 3% per day. In New York, it is now 1% per day.

Current deaths in Navajo Nation are 3% of current confirmed cases. However, given…