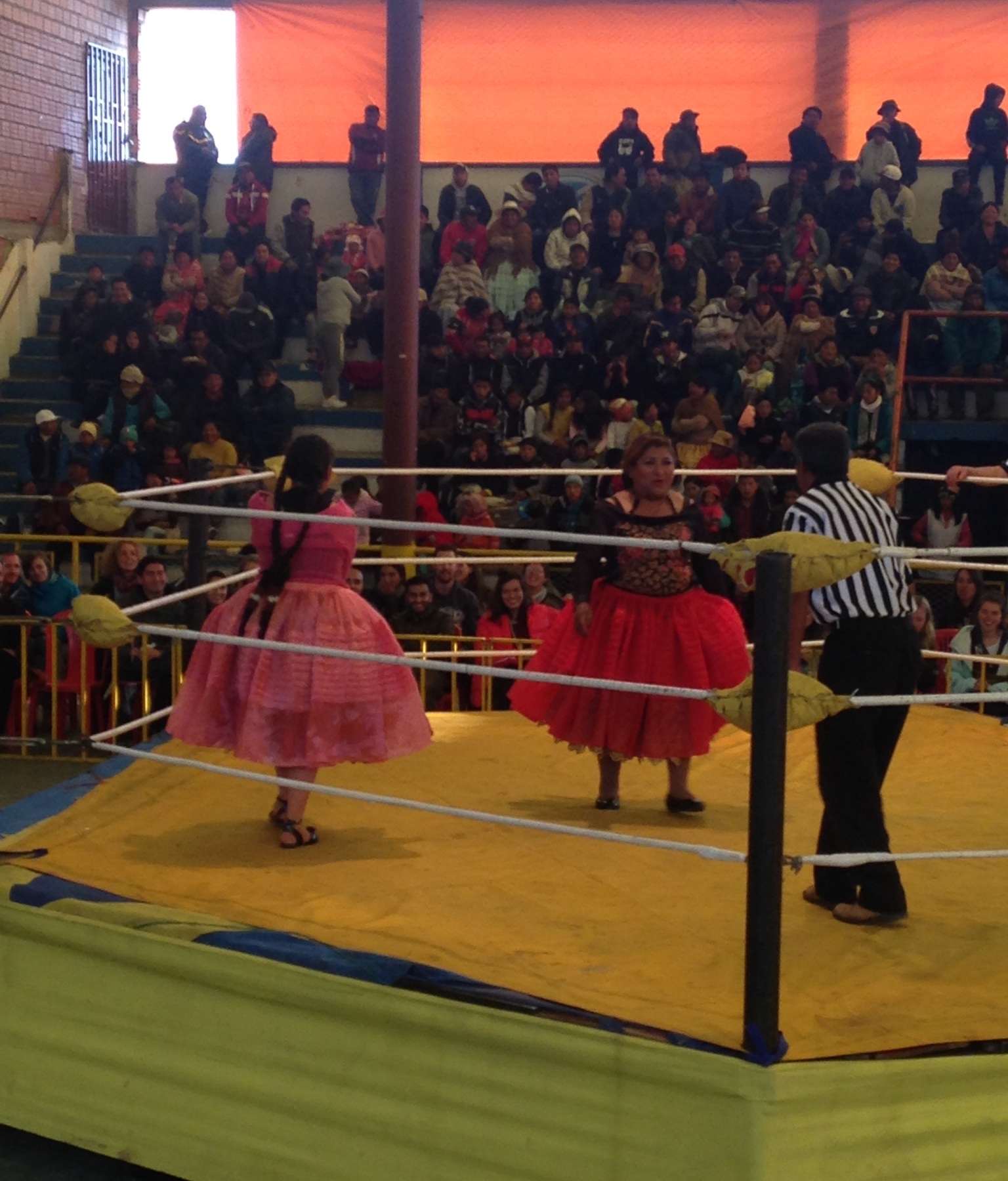 Watched Aymara women and men ‘fighting’ in the ring in El Alto, a mostly Aymaran sister city of La Paz. This is generally a rather popular event with locals, with the Fighting Cholitas exciting people more than the male champions. Every fight is however pre-scripted and rehearsed in advance. Still, many moves are physically risky and accidents are bound to happen. This risk is taken for a meagre 100 Bolivianos, or €13 per night. 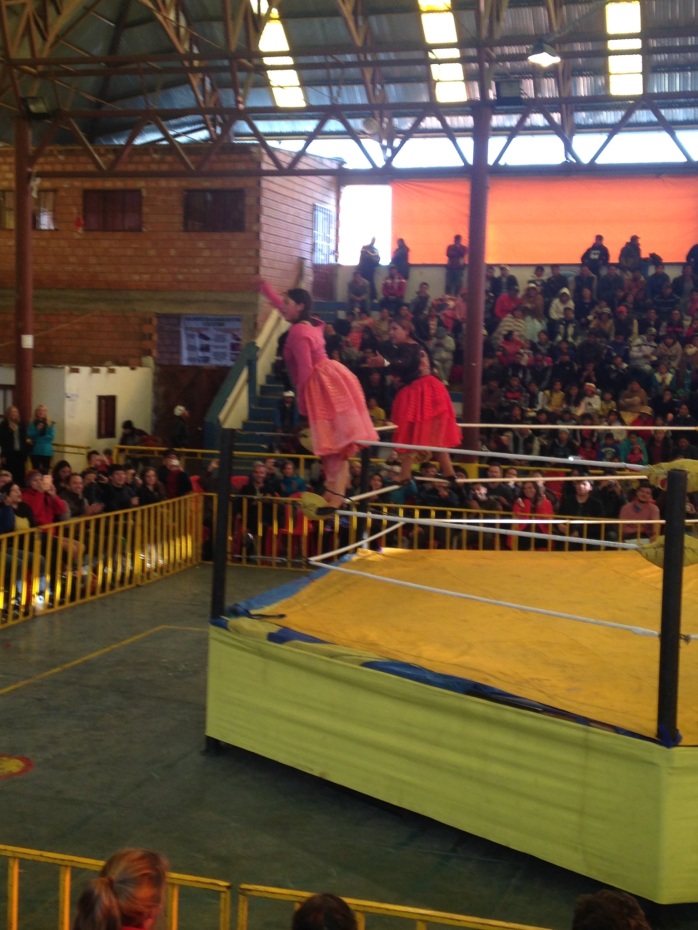 The Fighting Cholitas fight in their trademark multi-layered skirts. These protect them somewhat from injury. One cholita however hurt herself accidentally during the fight by getting a box broken on her head. Fought on after that as a brave Valkyrie she was. 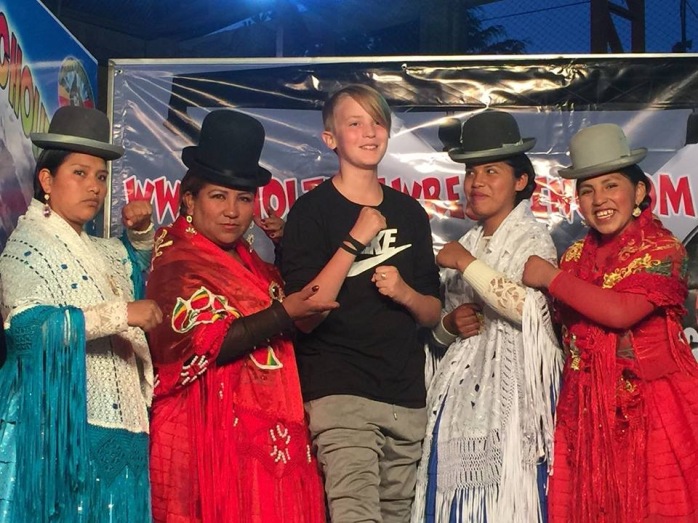 The men however have no such protective luxury. Bare chested only dressed in thin shorts, I couldn’t help but feel concerned for their safety when they threw each other around the ring. Damage to the spinal column must be a common cause of male champions early retirement. 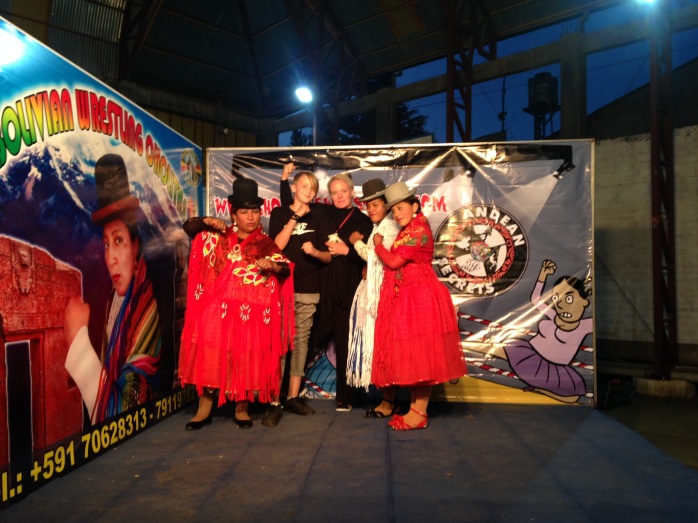 Similar in nature to Mexican wrestling. The masks themselves date back to traditional Nahua believes in Mexico that the wrestler takes on the spirit of the animal or the deity he is imitating.