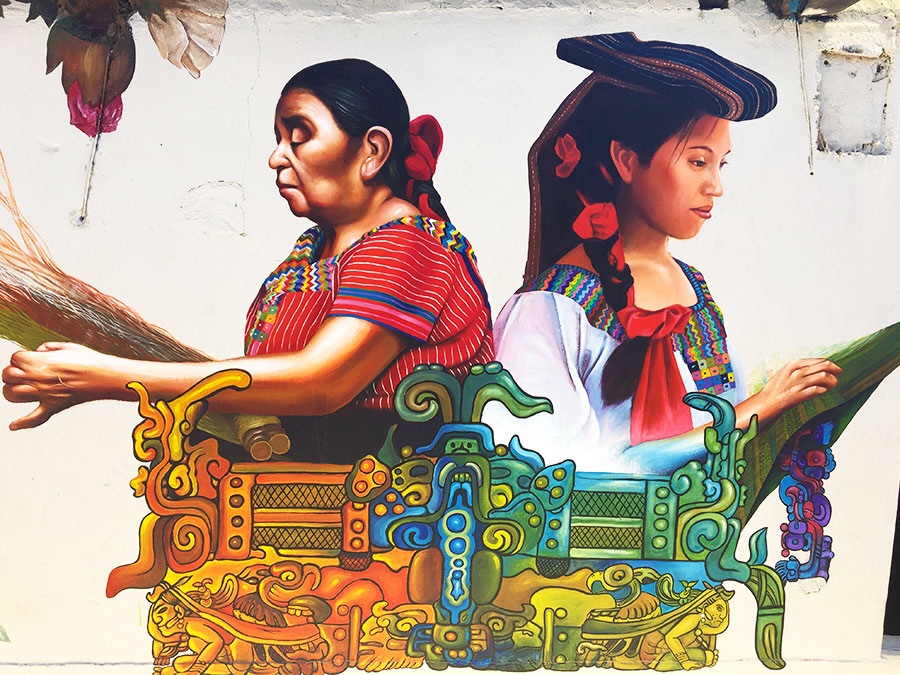 Guatemala, El Salvador, two countries with an official Amerindian minority, but in reality both are inhabited by a population largely of Mayan, Pipil and Lenca origin. Some of them still adhere to an Amerindian identity, but large numbers of individuals from broken up societies make up the majority mestizo or mixed blood populations. These people identify with being Guatemalan, Salvadorian or Mexican rather than something else. Speaking Spanish both as a language of communication between people of different linguistic and cultural background, and as the language of the oppressor in whose dominion they strived to survive in.

And survive they did. Broken, desperate, poor, powerless. A few corruptable individuals enlisted to become the enforcers in the field to execute the will of the Spanish elite. They killed, tortured, raped and did their best to rule with fear over their own kind, only to be despised by the powerful and powerless alike.

The societies that emerged were flawed in so many ways, a world built on hate and fear. Ingrained were new images of beauty based on white European physical appearence. Ugliness was looking like Amerindians as well as the notion of being a downtrodden looser. Modern media has taken it upon themselves to enforce this image every day and night.

Against the odds vast areas of Guatemala are still inhabited by Mayan communities that not only still speak the language of their ancestors, but also practice to a remarkable degree their indigenous traditions and culture. Under siege for centuries by enforcers of cultural genocide, priests, missionaries and public officials ingrained with the notion of the cultural superiority of a Spanish culture and social norms.

In these areas today live the majority of the Amerindian people in Guatemala, mostly Mayas, that constitute about 40% of its citizens. The majority however, 60%, are mixed blood mestizos of about 62,5% Amerindian ancestry. This ancestry is unevenly distributed and reflect the generational culture of rape. About 25% of genetics come from Amerindian males while 100% of the genetic material comes from Amerindian females. The other 75% is European in origin.

Justice, Anne Elizabeth. 2011. Genetic Structure of the Maya in Guatemala: Perspectives on the Population History of the Maya using mtDNA and y-chromosome Markers. A doctoral essay.

Söchtig, Jens, et al. 2015. Genomic Insights on the Ethno-History of the Maya and the Ladinos from Guatemala. BMC Genomics, 16:131.